The AK Ligature
“Free The Reed”

The AK Ligature is the ligature refined for performance, elegance, stability and simplicity. Designed to release the fullest potential of your reed’s vibration & to help you achieve the most responsive sound you have ever had from your instrument! #FreeTheReed

Engineered by a Mechanical Engineer & Woodwind Player to meet the demanding needs of musicians. With well over 2 years of R&D and a solid year of testing with some of the world’s most renowned professional musicians, the AK Ligature offers performance characteristics and user functionality that players might not have even realized they were missing!

The design of the ligature makes it so that the structure of the ligature itself is not physically in contact with the reed. Instead, the free-floating, magnetic reed plates are the only part of the ligature that contacts your reed. Since these plates are not rigidly attached to the ligature with a screw, solder or other hard mounting mechanism, the reed plate is free to vibrate with your reed rather than against it. This brings out a whole new level of response and tonal characteristics that you will have never experienced before.

Another advantage of our magnetic reed plate is the ability to quickly swap out the plate itself! Perhaps you are playing a piece of music that you prefer a tonal change from your previous piece in a performance. Simply open the ligature’s lever and slide out your reed. You can then easily dislodge and push the reed plate out the side of the ligature, slide in the other reed plate (which will align in place for you) and then put your reed back in and close the lever. Within seconds, you can have a tonal & response change and you didn’t even have to remove the ligature from your mouthpiece. Plus, since most music stands are metal, you can simply slap the reed plate you aren’t using on your music stand since it is magnetic! Just don’t forget it! 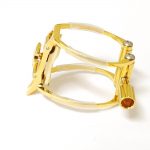 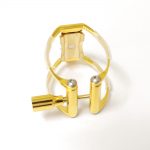 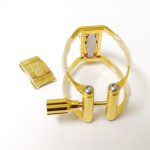 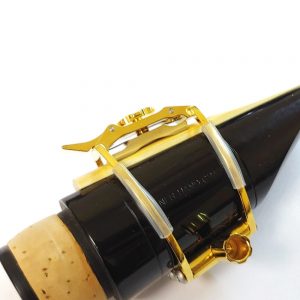 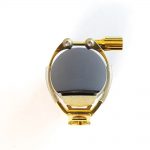 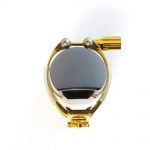 The AK Ligature has been designed specifically to bring in simplicity to your playing life. Since the ligature stays in place without a reed on the mouthpiece, quickly changing reeds on the fly is accomplished in a matter of a few seconds. Simply flip open the lever, slide one reed out and another one in and close the lever! That’s it! No more fidgeting with your setup! Just put it on and play!

The AK Ligature can be further customized with different magnetic reed plates – including Solid Sterling Silver plates for broader resonance! You don’t even have to take the ligature off of your mouthpiece to change the plate! Simply flip open the lever & remove your reed. Then, just push the plate off and slide it out the side between the rails and slide the new plate in to place. Slide in your reed and flip down the lever and that’s it! Never before has a ligature given you the ability to drastically & quickly change your performance on the fly!

4 total plates will be available initially:

We are also experimenting with other plate materials to further customize your performance spectrum! 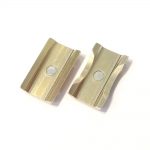 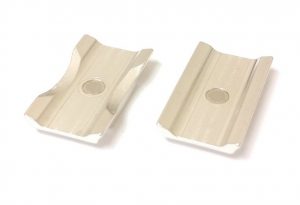 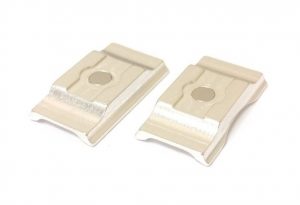 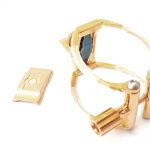 Handmade in the USA

Made with Laser Cut & precision CNC machined parts (mainly “in-house” in Las Vegas, Nevada – on a CNC that we own to guarantee full quality control over). One piece is made in Canada and another part is made in the USA by another CNC shop. Plating done in California. Completely hand assembled in Las Vegas using a “Stress-Free” assembly method to maximize performance.